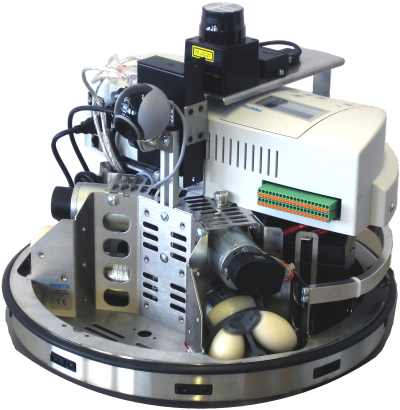 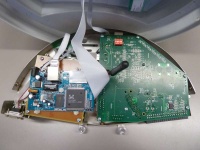 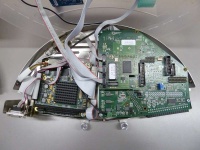 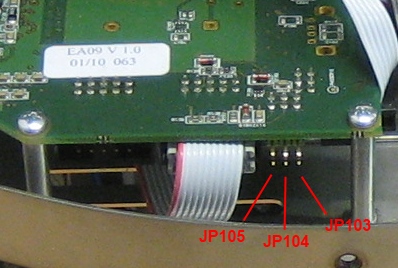 If set In-System-Programmer can be enabled over serial line

If set LPC2378 can be reset over serial line

In order to update the firmware of the EA09 from Robotino's display JP103 and JP104 have to be set. With some PC104 boards there is a problem with the PC104's serial interface, so that the LPC2378 is reset as soon as the PC104 powers on. When Linux booted and the Linux kernel took control over the serial interface the pin driving the reset is released. If you have such a PC104 simply remove JP103. When you want to update your EA09 firmware, boot Robotino as normal and then set JP103. Do the firmware update and remove JP103 again to be able to boot the next time you power off Robotino.